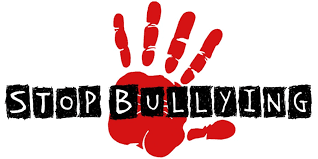 Legislative Interim Studies are so very interesting to attend…the atmosphere is laid-back, everyone’s a bit more casual; and, in advocacy, you can sit and watch and listen. Then you can predict what possible legislation might come from the Studies…what the big ideas will be.

Today I attended my state Senator, Rob Standridge’s Interim Study on Bullying in the Classroom.  Speakers came from across the state, and represented private organizations, universities, virtual charters, private schools. Students spoke as their own best advocates. Steve Hahn, of the Parent Child Center in Tulsa began the presentations with specific questions and recommendations. He had worked with the legislature in the past on anti-bullying legislation, and curates the website PreventBullyingTulsa.org.

A representative of A New Leaf in Broken Arrow brought three clients, adults with disabilities, who told their stories of overcoming childhood bullying. Their sponsor spoke about the need for inclusion in schools, including in the lunchrooms. He also spoke about crowded classrooms making it harder for teachers to be aware of covert bullying. One client told the story of how Special Olympics gave her the confidence to become her own advocate. I’ve worked with high school students as we volunteered at Special Olympics Oklahoma, so I know first-hand how barriers and stereotypes can be smashed when disabled and non-disabled students work together.

Trinity private school in OKC was represented. Trinity works specifically with students with disabilities, and typically these students have suffered some kind of bullying. As I browsed the site, I found their tuitions and fees, but no mention of vouchers that could be used. I’m certain the Lindsay Nicole Henry Scholarships are offered to families to offset the costs. The speaker extolled their social skills curriculum, Love and Logic, which is part of every class.

The superintendent from EPIC Charter School, students, parents and educators spoke eloquently about what drives some students out of the public schools into online charters. The stories were heartbreaking, and hard to hear. I don’t want to make excuses for us in the public schools…I want us to be more proactive about recognizing and stopping bullying of all kinds.

Trish Hughes, a professor from OSU shared her research as well. She was asked for her top recommendation for schools working to prevent bullying. She enthusiastically suggested character education for all students. She specifically spoke of Great Expectations, and told the story of visiting a Great Ex school and witnessing the positive, accepting climate. She made the point that an entire school needed to buy into the program for it to be successful. I have not gone through this training, but I work with National Board Certified Teachers, and candidates. They often tell me this training is the most profound work they’ve participated in, for making an immediate difference in the climate of their classrooms.

Parents and students told harrowing stories of systematic bullying in schools, and inadequate responses, or disrespectful responses, or NO responses from public school teachers and administrators. One high school student created a presentation as part of a 4-H project. Students and parents were clear…they did not feel supported by the public schools. That made me so ashamed. 40 years I worked. 40 years I tried. But these students and parents were not supported the way they deserved.

I’ve written about bullying and how I always felt recognizing and responding to bullying was my greatest failing in the classroom. I hosted an #oklaed chat, and compiled the resources we talked about.  I craved more information and read every book I could get my hands on. But…I never felt I protected my most vulnerable students the way I should have. To think they could have been talking about me, and that my response was not supportive breaks my heart.

So, I approach every discussion about bullying from that hollow space of, “did I do enough? Did I fail to notice? Did I communicate my expectations? Were kids bullied in my classroom under my nose?”

Listening to the parents and students share their stories of school responses reminded me there are some phrases that MUST MUST MUST be removed from teachers’ lexicon. When a student reports bullying, I want my teacher friends to never say:


Any time professional educators use phrases like this, they abdicate their professionalism, their authority. They reinforce the bully’s power and the bullied student’s helplessness. Can we just stop? Yesterday?

That brings me to a disturbing stat from this morning…when asked, 90% of school personnel said they responded to students’ reports of bullying. But, when students were asked, only 5% FIVE PERCENT, said their teachers were responsive. Is it because some teachers think they’ve done their job with, “Well, just walk away”?

Steve Hahn, from Family Child Center, showed a moving video of a dad who lost his 11-year old son to depression over being bullied beyond endurance. In response to his story, high school students created Stand for the Silent, an online community whose mission is to bring awareness to bullying and the devastation of families it causes. Perhaps it’s time to let the young people lead. I would hope schools would tap into this resource.

The Senators who attended heard from experts…both professionals who’ve studied, and families who have suffered. I’m going to report what I heard, and how I sifted through my own lens of classroom teacher and brought my own terminology to what I heard.

I heard the speakers recommend more inclusion of students who are different…disabled, on the autism spectrum, kids who learn differently. Inclusion, especially at the secondary level, could be a great project for a service club or student council. One speaker admitted this kind of project would need teacher supervision and sponsorship; but teachers are already under such stress and pressure during the school day, it would be one more responsibility. Maybe using the resources from Stand for the Silent would be useful.

One speaker talked about class sizes, and how larger classes in reality means less individual attention, and more bullying…A student said teachers needed to know her…but in large classes, it’s so much harder.

Speakers mentioned cyberbullying, but no concrete suggestions were given. I think this is a new area where schools, communities, parents, and maybe law enforcement could work in partnership…It’s the way much of the evilness is spread nowadays ,but I know it’s so hard to get a grip on solutions. We must…but how? Speakers had no ideas.

So, speakers did mention some steps schools and teachers could take: social inclusion of students, lowered class sizes, building trust so students feel safe reporting, social skills curriculum, even having a working definition of bullying…one we systematically teach to students and families.
What they did not mention, but I extrapolated from their reports: teacher shortage combined with larger class sizes are giving bullies the advantage. I wonder if the high number of alternative-and-emergency certified teachers without formal teacher-preparation training is making the issue worse. Building relationships is still the most important work in the classroom…it can break down the climate of fear, giving bullied students the strength to come to their teacher; it can tell everyone bullying does not happen in this classroom.

I think the issue of ACEs – Adverse Childhood Experiences – was alluded to, but not by name. One mother told of her son being diagnosed with PTSD after years of being bullied at school. ACEs affect all our students, but I’m betting the bullies and the bullied experience more. I’m grateful that our state is acknowledging and addressing this issue with educators with trainings planned this fall on Trauma-Informed Instruction.

Would a community school, with wrap-around services, help students and families find new ways to interact? I think it’s worth a look. Edgemere Elementary School in OKC would be the perfect place to start. Such schools could have social services, extra counselors, family counselors, parent education classes, health care facilities, all as part of the physical school. When someone makes the mistake of asking me what school reform I would support, they get an earful about community, wrap-around schools.

School districts are hiring more counselors whose job description includes being student advocates, crisis managers. These counselors could work with teachers, students, and parents, to address all the issues that come along with bullying. Norman and Noble have done just this in response to the need for more student support.

I was heartened by my Senator saying that even though students and parents and administrators from EPIC Charter were allotted a large chunk of time, he was not saying he sees online charters as the only answer to bullying.

But, Chairman Stanislawski responded at the end in an emotional speech, talking about his own daughter’s struggles with bullies in public schools, and his family’s decision to enroll her in a private school, at personal expense for the family. He ended with his hope that all parents would have the ‘right to choose where to send their students with state support.’ He just upped the ante on the conversation to include more vouchers…for any parent. Not one of the speakers had suggested vouchers as a solution.

I left the Study with a strange mix of feelings…rage, and yes, guilt, that students were abused right under the noses of educators who should be protecting them. Pride, as young people bravely stood up and told their stories…and gave us ‘the rest of the story,’ overcoming adversity. Hope at some ideas that could help us become proactive. And, frankly, defeated, that it appeared the Chair’s idea is to take funding public schools desperately need and divert it to more choice, instead of addressing the needs of public schools.

I fear more voucher bills are in our future. But how does that help the vast majority of students in our public schools, many of whom are afraid to go to school? These students are OURS, ours to educate and protect. We need support and tools and resources, and that all costs money. Will new vouchers strip even more money from public schools in their efforts to address bullying?

Posted by Fourth Generation Teacher at 9:23 AM