Brittani Pollock: "I Left Teaching. I Had To."

I'm donating my blog today to a former student, now friend, Brittani. She was my student and an officer in my club, Teen Volunteers, at Norman North. I always knew she wanted to be a teacher, you could see her deep love of children when she volunteered. I watched her get her teaching degree and watched as she began what we both thought would be a long career in the classroom. I planned to watch her become a National Board Certified Teacher. Things did not work out the way we hoped. And my heart is broken for every student who will never know Miss Pollock's love. 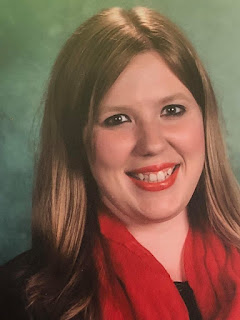 In December of 2014 I graduated with my degree in Early Childhood Education. I was so excited to finally be able to have my dream job. I got a job offer for the 2015 school year, and boy was I THRILLED. I got a job at an inner city school. My life was forever changed. It was the most rewarding job I ever had. I learned SO much just in my first week on the job. Coming from Norman, it was definitely a “culture shock” but there was no where else I would rather be. I saw things in 1st graders I never thought I would see in my life. Yet, I got to make a huge difference in their lives. Discipline is an issue everywhere, and it was definitely an issue where I was. Yet, these kids just needed love and guidance. Tough love? Oh yes, all the time. I had students with all sorts of backgrounds and all kind of stories. I loved my job. I left for the summer loving my job. These kids have touched my heart, my life, and my soul. I began my second year. That had a lot of challenges as well. However, at the end of the year I walked away LOVING my job. My third and final year came along. I started the year with positivity and I was so excited to meet my students. My students my final year were the same as years before - just needing guidance and love. However, this last year something had change. If anyone ever says I left because of the kids’ behavior, it is a bold faced lie. They are first graders growing up in horrific circumstances. It wasn’t their behavior that drove me away. My heart BLEEDS for the children and it always will. Let me tell you why this was my final year.

It all boils down to Oklahoma needing to get their act together. Here are all of the ways Oklahoma and its school systems have failed their students.

I had a student who was supposed to be placed in a special ed classroom in my classroom. I loved this child so so much. However, she couldn’t handle the environment she was in with 26+ students. She would hit the students, pull their hair, hit me, punch me, punch them, etc. Now, could she help it? Probably not. However, if she was placed correctly it wouldn’t have been an issue. I would call her guardian and let them know of her behavior, and because everyone knew that she had psychological issues, nothing was done. She was still in my classroom. Yes, it was her least restrictive environment. However, it was not her safest environment. I would get phone calls every day from parents about how much their kids were getting hurt by this little girl. Do I blame the little girl? Absolutely not. She is a child who is going through so much. Do I blame the school system for letting that happen? Yes. This same girl one day had a necklace around her neck in the gym in the morning she was “pretending” to choke herself. Knowing that she has tantrums, I was told by an administrator not to poke the bear and let her keep playing with it. Five minutes later I am taking my class back to my room, and I see her turning blue with that necklace wrapped around her neck and she can’t get it off. THANK GOD it had a snap and I pulled and ripped it off of her. She finally got placed…in MARCH. She was safer and she was happier. However, I saw our systems fail us when she was supposed to be there to begin with and no one thought it was crucial enough to keep not only her safe but my other students safe as well. I had another student. He was in a different class to begin with, but he caused trouble. As a team player, I volunteered to take him as my own kiddo. I was told if I did, I would have so much support in helping with him. I never received it. Luckily, the person that I am, I like to handle as much as I can on my own. However, this child - poor thing was being abused at home, so of course I took him under my wing. Did he pop my wrist and hit me every day? Yes. But I loved that child so much.

I had another student. He came from a self-contained classroom in his other school, but like the other girl we were trying out his least restrictive environment. He obviously needed to be tested. We signed for consent in SEPTEMBER. He got placed with ONE MONTH LEFT OF SCHOOL. That boy, he grew on me so fast. However, the environment was not okay for where he was. He would kick, punch, choke, and hit students EVERY DAY. He would kick, push, and hit me most of the time too. He would throw chairs around the classroom. I would have to evacuate my classroom because of his violence at least twice a month. Daily, he would run out of the classroom around our three story building. I would have to stop class to chase him and find him to keep him safe. Then I was told not to chase him, to let someone know. But even then, I’m worried for his safety. When I’d chase him, I wasn’t supposed to. When I wouldn’t chase him. I was supposed to. It was a damned if ya do and damned if ya don’t situation.

I had another student almost get kidnapped at my school. A coworker and I basically saved them, they were walking to a car with the wrong people. We got threatened by those people. Did anyone take it seriously? No. That same girl held scissors to her throat in the middle of class one day trying to cutmherself. My class was in tears scared. That poor girl. She’s a first grader and feeling the need to do that.

I had a fight every day between students. All of those kids I have mentioned above, I love with EVERY PART OF ME. What they did/didn’t do isn’t why I left. They are kids. They have been through situations I wouldn’t wish on anyone. So what made me leave? As much as people and our state want to say it, THEY ARE NOT HAVING THE KIDDOS’ BEST INTEREST AT HEART. I totally understand where these students are coming from, I know why they are the way they are. HOWEVER, not placing a student where they should be placed is FAILING them. Acting like their behavior is “justified” is FAILING them. Whenever fights, or hitting, or any of the behaviors happened listed above, I would do ALL I COULD in a classroom setting.

However, they’d be sent back to my classroom with Takis or food. No discipline. I’m not saying to suspend these kids, but discipline is needed. We are FAILING our kids EVERY DAY when we don’t hold them to the same standard as everybody else. How will they become successful adults? TOUGH LOVE. LOVE THEM WITH ALL YOU HAVE, but loving them also means looking out for what will benefit them in the long run. My duty as a teacher was to PROTECT MY STUDENTS AND LOVE THEM ALL. I loved them all. And, my God, I wanted to protect them all. I was always told that the kids I had problems with, we are just giving them a chance (duh, they deserve all the chances. No matter what the student did I ALWAYS treated them fairly). BUT WHAT ABOUT THE OTHER STUDENTS? The other 24 that are in the class? The ones that get hit everyday, are scared everyday, cry everyday because their stuff is being thrown around by the other children who should have been in a classroom better fit their needs?

I was shocked at the end of the year how much my class had grown in academics, because this last year of teaching I felt all I was doing was chasing children, evacuating my classroom, trying to shield other kids from children. I am so proud of every child in my class. EVERY SINGLE ONE. Male or female. White, Hispanic, or African American. Tall or short. Good behavior or bad behavior. THEY ALL GREW ACADEMICALLY AND WORKED SO HARD. I will always love them, they will always be my kids. HOWEVER, I REFUSE TO SPEND ANOTHER YEAR WATCHING MY STUDENTS BE SCARED OR HURT ALL THE TIME. I REFUSE TO SPEND ANOTHER YEAR WITH KIDDOS WHO NEED TO BE PLACED CORRECTLY (FOR THEIR OWN SUCCESS AND HAPPINESS) - the problems they gave were because the environment was overwhelming. I REFUSE TO SPEND ANOTHER YEAR BEING TOLD BY THE STATE THAT WE ARE DOING WHAT IS BEST FOR THE KIDS.

Then in the spring, the Oklahoma Walkout happened. It became clear our legislators don’t care about the students either. Having very little curriculum is ruining the chance these students have to succeed. Not having money to keep teachers around is failing the students, not so much the teachers. We all know the politics of this. So after the walkout it was clear to me that if I stayed in the profession I would continue to see the demise of our current situation with public schools. There were already so many other things that teachers have to deal with, funding the classrooms shouldn’t be one of them.

Legislators being condescending shouldn’t be one of them. I may not be a teacher anymore, but I am still in this fight with all teachers FOR THE KIDS.

I applaud every single teacher out there. You are all heroes. I left teaching. I had to.

I couldn’t witness some of those things anymore and not be able to do anything about it. I had to do it for my mental health and happiness, and those who understand - thank you from the bottom of my heart. Those who don’t, it’s okay - but you are not me. I will not feel guilty for the choice I made. My heart and soul are still with every student in America. I just have to take care of me. I will be at the polls in November. I will forever support public education. I will rally any day for public education.

Teachers, you are heroes. Keep fighting the good fight. For the kids.


Brittani Pollock graduated from Norman North High School in 2010, and majored in Early Childhood Education at East Central University. After graduation, she taught for three years in an urban school in Oklahoma. She is now a federal employee.