The Sound You Hear...Broken Promises to National Board Certified Teachers in #oklaed

Hear that? Broken promises, broken covenants. National Board Certified Teachers in Oklahoma have been waiting nigh onto 10 years for the promise of a stipend is realized for all NBCTs. We have worked to live up to the covenant written by the State of Oklahoma to support NBCT candidates, and to provide stipends (renewable stipends) for all NBCTs teaching full-time in classrooms in Oklahoma. WE have done the work. Applied for the scholarships. Doing the work. Taking the tests. Videoing in their classrooms. Deeply analyzing our assignments for individual students, and for the class. Reflecting on our assessment practices and on our growth as professionals. This could potentially take one school year, or up to five years. This is NOT A TEST. I repeat: 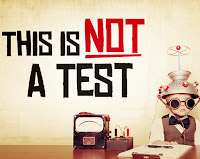 Achieving NBCT status means you have held yourself up to the highest voluntary standards in our profession...written by teachers, for teachers. You have deeply examined your practice. Your students. Your professional development. It usually takes upwards of 200 hours of work, preparing and revising lessons, delivering them, analyzing student work, giving feedback, reflecting, and more often than not, starting all over again with a better, stronger lesson based on what you've learned. And that's before the one testing component. This is rigorous and challenging. This is NOT a gimme. A slam-dunk. A box to check.

So, the history of the promise, and the myriad ways the promise has been shattered.

So, our NBCT program was born...and we thrived for over a decade.

This was when the legislature decided the program of rewarding and supporting NBCTs and candidates was "too expensive" to sustain. Who needs accomplished teachers committed to staying in the classroom after all?

2011 -- HB3029 -- Forced a 2-year moratorium on all new scholarships. Candidates could go through the process, but they had to pay their own way. In 2011, the cost was over $3000. The state still provided support but the 2-day retreat was ended. The state no longer refunded the fee for the process to NBCTs who paid their own way

Restored the 100 scholarships...but it became a hard sell. Teachers were no longer sure the state was serious about support.

This new column was not funded adequately by the state...school districts did NOT receive an additional $1000 per new NBCTs and renewed NBCTs.

Districts who paid $1-$999 over the state minimum did not have to pay $1000 to an NBCT...they were required to match the new column in the state schedule.

Districts who paid $1000 (or more) over the minimum, were not obligated to pay anything to new NBCTs or newly-renewed NBCTs.

Now, we who were candidate supporters were forced to also support a horribly-inequitable system, where some NBCTs received their full $5000 (before taxes), some might receive $1-$999 a year, and some received nothing more than a handshake at the Board Office and a nice certificate. We pride our program on working with all students equitably and fairly, and the state was treating our certification arbitrarily and unfairly.

Through these years, we talked to legislators, who kept telling us the program was 'too expensive.' We told them they changed everything for school districts...now an NBCT was a financial liability, instead of an accomplished teacher to celebrate and brag about. We tried to find allies, to create coalitions, but there was little appetite at all to look again at the program.

In 2018, the 'teacher caucus' was elected -- educators from both parties, inspired by the recent Walk Out, to run for office. With these educators at the Capitol, we began to actively advocate for a full restoration of all aspects of our program...100 scholarships, and $5000 stipends (before taxes...and FICA payments that the state foisted off on us) for all new and renewing NBCTs...$5000 stipends for all NBCTs who certified or renewed under the old system, and were receiving nothing.

2018 -- HB1023XX -- authored by Rep. Jacob Rosecrants D, one of my former students, newly-elected to the House. Restored the stipend, with an extra stipend for teachers who teach in hard-to-staff schools. Rosecrants was a teacher in such a school...he knows the need. Not heard in House Education Appropriations and Budget  (A&B) Committee. Died for the Session

2019 -- HB1009 -- Also authored by Rosecrants, but co-authored by so many GOP members, that Legiscan coded it as a GOP-partisan bill. New Committee Chair in House Ed A&B. Passed the committee unanimously. I admit...I cried, sitting in the committee room, watching this support. But the bill did not reach the next step: a hearing in the House Full A&B Committee.

2020 -- HB1306 -- Authored by Rep Toni Hasenbeck R, a member of our Teacher Caucus. Passed House Ed A&B, House Full A&B, and the full House. We celebrated...and the celebration was strongly bipartisan. We have friends on both sides of the aisle, and in both houses of the legislature.

2021 -- HB2693 -- also authored by Toni Hasenbeck. Restored the stipends. Added retroactive stipends for all NBCTs who certified since 2013. Added scholarships for renewing NBCTs (the cost of renewing had always been the NBCTs' responsibility. Passed House Ed A&B (they're old hands now...they understand the program and the benefits). Passed the House A&B...without a funding mechanism. An "untimely amendment" filed hours before it was heard on the House floor added an expansion to our charter laws, to allow charters in rural areas, a move that was strongly opposed by rural advocates. Somehow this amendment would provide that funding mechanism. After push-back, the amendment was withdrawn, and the bill passed the House...again.

Deadline Week, and our bill didn't appear on the Senate Ed Committee agenda. Then the night before, it appeared....but it had been shucked -- stripped of all the original language. All. The. Original. Language. Now it was a bill to provide training and micro-credentialing for teachers to get additional training in Civics...with, ironically, a stipend for teachers who participated.

We lost our language. We ran out of time. Our bill was dead. And since we lost the bill number to the new bill, we would not start next year (second of a two-year Session) in the Senate Ed Committee, we would start over. In the House. Our path was, again, House Ed A&B, House A&B, full House...then Senate Ed, Appropriations, full Senate.

2022 -- We start over. A new bill, new challenges. Fewer NBCTs in the classroom. More need for accomplished career teachers. Research that shows the benefits of NBCTs in the classroom: We stay in the classroom, we can raise literacy scores of our students, we mentor new teachers whose students' scores can increase. We can mentor student interns and alternative-certified teachers through the required PPAT process for their own teaching license.

What are the ramifications of this neglect of the NBCT program? Well, Southern Nazarene University had a fantastic masters program, designed around the Five Core Propositions of NB...we graduated cadres of educators who could earn their masters and their NBCT certification, with support from the state and from SNU. I taught in that program. Our graduates were top-notch. Oklahoma State University had a graduate course to support candidates. University of Oklahoma gave graduate credit for attending support meetings and doing additional paperwork. None of these programs and courses exist any more. Universities in Oklahoma do not believe the state will fully fund and support the NB candidate program. They see the broken promises.

After the recent failure of HB2693, teachers sounded off on social media. Teachers said this lack of faith in the legislature was why they left the state and teach in other states with stipends. Teachers left teaching completely rather than accept the loss of this program. NBCTs see no reason to spend their own money renewing, with no promise of a stipend. Current candidates say they will abandon the program all together.

A friend who is a current candidate said she got her masters degree recently, and the jump on the salary schedule isn't even enough to help pay down her student loans.

Educators have lost faith. We see the string of broken promises. We find it harder and harder to believe.

And those of us who have advocated this last ten years?

We. Start. Over. Five years we will have worked to get legislation to the Governor's desk.