A Wolf at the Schoolhouse Door by Jack Schneider and Jennifer Berkshire. It's not one wolf. It's many wolves, working separately, and as a pack. Opportunists always ready to attack.

If you've spent any time in education, you recognize the many wolves Schneider and Berkshire describe here. None is especially new. What is so very valuable about this book is their compilation of all the conservative and libertarian strategies to weaken and defund (yes, I'm using that word deliberately) our public schools. I've already used the book as a reference when researching some of the new anti-public-education bills in the Oklahoma Legislature this Session.

Its power is in the clear examination of reforms we usually fight as separate issues, showing us they are not isolated ideas. They are part of the whole. And until we learn to fight the whole, we will exhaust ourselves fighting all these smaller battles...the new voucher bills in the legislature, the new alternative certification bills surfacing annually.

The wolves are those monied conservatives who will always have school for their children...private, exclusive, expensive schools.

It's our children they want to starve and cheat, our children who will suffer as they find ways to siphon public school funds to their toney private schools.

Our children who go to those pesky public schools.

Reformers' basic premises, as seen by Schneider and Berkshire?

1. Education is a personal good, not a collective one

2. Schools belong in the domain of the free market, not the government (how many times have we heard the attack on 'government schools?'

3. To the extent they are able, "consumers" of education should pay for it themselves

4. Unions and other forms of collective power are economically inefficient and politically problematic.

The book is organized into the values and goals of privatizers...a veritable encyclopedia for advocates of public schools:

The authors give us the big players in this fight to gobble up the $50B public education funding pot. That's what it's all about...money privatizers don't have, and want. They want that money to educate their own privileged children in their private schools, with public school money.

In the 40-plus years I've been involved in public education, I've seen so many of these changes, attacks.

Oklahoma will be fighting off several voucher bills, filed, interestingly enough, by Senators who are term-limited and seem to be ready to leave it all on the track. Here (Education, a la Carte) and here and here (Neo-Vouchers).

We have a bill to punish teachers with the loss of their certificate (War on Labor) f they participate in any walk-outs (OK is a right-to-work (for less) state, so strikes are already illegal...but even local school board support of a walk out would not protect teachers. And bills to attack education associations (War on Labor).

We are currently locked in a controversy over funding our virtual charter schools (Virtual Learning), and the possibility of misuse of public school funding (I'm calling this one The End of Regulations).

Oklahoma had seen, before the walk out of 2018, the largest cuts to public education in the nation. This created the crisis that resulted in tens of thousands of marchers to the state Capitol.

The funding crisis led, perhaps, to the teacher-shortage crisis, and a record number of alternative-certified and emergency-certified teachers. There is a bill this year to allow early childhood teachers (End of Regulations) to teach with alternative cert, coming into the classroom with no pedagogy training.

It's like Oklahoma is a proving ground for all the privatizing schemes. But, I'm guessing every state in the nation feels the exact same way. These legislators who are all-in with this privatizing reform rhetoric have the advantage of national leaders, like ALEC, who will write the model legislation for them to just copy and paste. It's always enlightening to Google the title of a bill and ALEC to see what pops up.

I think for me, a 4th-generation teacher, mother of a 5th-generation teacher, looking at my granddaughters, wondering who'll be the 6th, the attacks on teachers, on my family business, were the most horrifying. Privatizers would be more than happy with teachers as gig-workers. Part-time, paid by the class, with or without an actual teaching degree, or even a degree. Teachers who scramble to create a 'full time' job with multiple part-time jobs. Teachers, most importantly, with no benefits, no pension, no health insurance. Teachers with no protections. No unions. This view of the future of teaching just makes my stomach hurt.

I have one huge ask for the reprint...I needed an appendix listing all those foundations and committees and groups who appear to be working separately to destroy public education. I wanted a comprehensive list of our enemies. Remember, I'm using this book as a reference...a way to look up terms and organizations...and that list would really help me. 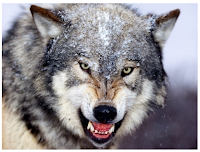 I plan to buy a copy of this book for both my state legislators. I want them to see the evidence of these efforts to dismantle and defund our schools. I want them to know we have information, all in one place, to counter reformers' plans and shed light on their strategies.

So, there are wolves. Wolves circling, watching, hunting. Looking for that sign of weakness. That opening. Wolves ready to devour public schools, clean the bones, and move onto their next target.