Standards are NOT perfect…they are written by a committee. They are words on paper…goals, targets.

Standards do not come alive until they are used by educators to craft lessons.

Teachers can make anything work. Anything. We’ve been taking well-intentioned mandates and reforms -- sows’ ears -- and we’ve been making amazing silk purses. That’s what we do. We take the mess and make it work. When we are given time.

One of the curses or pleasures of a long career is to have watched hundreds…maybe thousands…of teachers make it work. I wrote about the long list of reforms I’ve seen come and go in my career, and it’s still one of my favorite pieces.

Teachers make things work. But, the sad truth is, we are seldom given the opportunity to see these reform messes through to the finish.  Seldom are we given time to make things work the right way. Reformers are highly distractible if things don’t go their way immediately…and…squirrel! They’re off on their new reform, with teachers holding those silk purses they’ve been creating.

Standards. They give direction to lessons and units. They allow for vertical planning with the grades above and below. They hold teachers and students accountable for skills. They are the minimum threshold for students and teachers.

They do NOT dictate what to teach or how to teach. They are the goals of our teaching and learning. In fact, Standards are empty words until they are invited into a teacher’s classroom. And then they can come alive. Like Geppetto and Pinocchio and the Blue Fairy, the stiff wooden phrases breathe. Then, we find the imperfections, the holes. Then we see what needs to be revised and edited. In a classroom, Standards become real. When teachers use them to shape instruction, we see their strengths and their weaknesses. We see their worth. We begin to make them work.

Oklahoma educators, several personal friends and valued colleagues, wrote new Standards. They were reviewed. They were vetted. They were presented to the legislature a month-and-a-half ago. 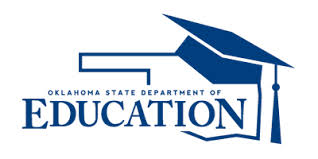 My Representative, Scott Martin, chair of the House A&B Education Subcommittee has made their adoption his top priority. He showed me the documentation OSDE gave every Legislator on February 1. He has worked to get them adopted. He and others on both sides of the aisle know these Standards must be put into the hands of educators now.  They are trying.

But earlier this week, a small group of legislators, a group that professes to be the enemy of public education in Oklahoma, two out-of-state ‘experts’, a think tank affiliated with ALEC, and the nonprofit who wrote CCSS, have all decided NOW is the time to criticize our Standards. Now, days before they would be accepted. NOW we have three Joint Resolutions that would stop or slow down the Standards. I don’t believe in coincidence, the Easter Rabbit or the Tooth Fairy. Something stinks to high heaven. And the machinations will delay Standards getting into the hands of the very people who can give them life. I won't try to recount all the antics...I'll send you here and here and here. And here where I've written before.

I am sick of the games-playing. And I have some questions:


Can teachers teach and students learn without adopted Standards? Of course.  And they will continue to teach and learn as the legislature plays out is power-drama…

I plead with our legislators – approve the Standards…put them into the hands of Oklahoma educators who will bring them to life. See, I do believe in fairies…the Blue Fairy.