#OklaEd Challenge: Why do You Teach? 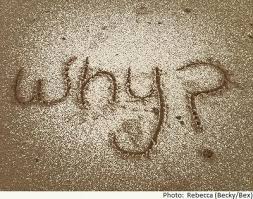 Mindy Dennison challenged #oklaed bloggers to answer a simple question. Only four words, but four words that encompass my entire adult life: “Why do you teach?”

Here, finally, is my answer to, “Why do you teach?”

But, I'm going to have to tell you a story. A story of a student I had over 30 years ago,  in Iowa…a tiny consolidated school system that only graduated about 55 kids a year. A farming community where everyone knew everyone and I breezed in, as a newbie/nobody. I worked (again -- second time in my first five years of teaching) on an emergency certificate, this time Special Education. I was THE special education department. My multi-categorical resource classroom s.erved all special ed students! This was the way tiny schools could serve students.

That’s where I met Mike (name changed, even though the statute of limitations has long expired. Mike came from a dysfunctional home. The horror stories my colleagues told me about his older brother’s epic battles with their father chilled me. I only ever met his mom…a quiet, mousey woman who loved her boys.

Mike had one of the longest permanent files I’ve ever seen. He seemed to be in trouble from day one. The stories followed him to high school. The kindergarten teacher who picked him up and deposited him into a large trash can. The day in elementary school  he ran away from school and had to be coaxed out of a tree. He was labeled with a behavioral disability…and he earned every letter in that label. He could be violent.  He hated to be ‘pushed around’ and told what to do. He was volatile when confronted.  Try to control him with power and authority, and everyone would lose.

And there he was, in my class for study hall and for special ed support.

I teach because I love beginning a relationship with my students, with no pre-concieved notions. Beginning with a new slate as we get to know each other. I love creating a classroom climate of universal positive regard. Universal care.

I tried to block out the stories, but everyone had one. Mike was a handful, even as a freshman. He had a chip on his shoulder, and expected everyone to push back when he pushed. When he walked, he led with his puffed-out chest, and his square chin, both hands in fists, just begging to be confronted.

That’s never been my style, so we had to find a new way to communicate, often with humor.

I teach because I thrive on finding each student’s story, and the way into each student’s mind and heart. I am patient and earn my students’ trust. Learning can only happen after we have a relationship.

We had battles. One day we were nose-to-nose in my empty classroom after he defied me one too many times. I was chewing on him. Suddenly the lights flickered off in the entire school. We were both momentarily stunned into silence, and I said to him, “See how mad I am at you right now?” He snickered and escaped to defy another day.

I once told him I’d named the frown lines between my eyes, “M. I. K. E.” That got another chuckle.

Mike wasn’t evil; he was suspicious, wary. He’d never been treated kindly by teachers. Why should he trust me? I knew that and kept fighting.

I teach because working with young people is never easy. No two days are alike, because youngsters are not the same from one day to another. Every student deserves my attention and my respect. Every student must know I will not give up on him. I won’t. It’s not in my DNA.

During Mike’s sophomore year, the administration agreed to let me teach an English class to my tenth graders…more in tune to their interests and abilities, and certainly more in tune to my own training, I knew how to teach English. We read and wrote..I loved it.

On the day of my formal observation for my yearly evaluation, Mike came into the room in a full-head gorilla mask. It was not Halloween, and we did not inquire about the mask. We – the other three students and I – sat at our table and began our lesson, treating Mike the same way we had the day before. My principal, Al Rowe, came in and sat with us. No one said a word about the mask. We all noticed and wanted to ask, but we plowed on with the lesson at hand. Mike found it difficult to ask questions or participate with his mask on, so he would occasionally pull it up to his forehead like a hat and talk, then pull it back down to do his work. For his classmates and I it appeared to be business as usual. Mike was being Mike, begging for attention in bizarre ways; we had learned to ignore and stay focused.

Suddenly, in the middle of the lesson, Al jumped up and left the classroom. I was surprised, because he said he’d be there for the whole lesson. We continued…and I never saw the mask again after that lesson. We never spoke of it. Al did tell me in my post-observation meeting that he left abruptly because he would have shattered the peace of the classroom. He said he could not contain his laughter any longer, and that would have destroyed the climate of the class. So he fled, stifling his guffaws.

I teach because I never know how I will be called upon to use my training, my experience, my wits, to keep students involved in learning. I teach because I deeply love young people and all their unpredictable behaviors and decisions and words. Working this closely with other human beings requires us to always be aware and ready to be kind.

Mike’s mom and I had a system for parent conferences. She would visit me first, and I would alert her about what his core teachers would say, preparing her for any attacks by frustrated educators. Then she’s square her shoulders and go out to face the others. She'd been doing it for years. Then, at the end of the evening she’d come back to my classroom, shaken, but ready to help her son however she could.  We’d talk about what she’d heard, and what our next plan of action would be. She left knowing I loved her boy and was working alongside her for his success.

I teach because I value the partnerships with families I forge as we work toward success for their students. We are stronger together. We have different strengths, but together we are formidable.

I moved after Mike’s sophomore year. I was sad that I wouldn’t be there to see him graduate…it would be the first graduation in his family. His mom sent me the original of his first-semester report card…all A’s and B’s, except for a F in gym class. No letter, just the only copy of his report card she received Those were great grades. Some of his highest. I knew immediately that Mike had gotten sideways with his gym teacher and was willing to pay the price for his rebellion. But the other grades! What a success story! What effort it took for him to persevere and work toward graduation. I hoped from afar that he’d found the key to advocate for himself and control that temper.

The last time I heard from Mike’s mom was the summer after he graduated from our tiny high school. She sent me a copy of the graduation bulletin, listing all the graduates. Mike was there! So were the other boys in that class when Mike visited as a gorilla. They made it! His mom told me he had a job at the sale barn (about the only employer in the area), and was looking forward to a bright future.

Even though I never saw Mike again, he rests in my memory, as do other students. They’re a part of me. They have taught me to be better and more prepared for the next group of students, and the next, and the next. He’s nearing middle age and I wonder about him. Hope he’s happy. And I wonder what he ever did with that gorilla mask.

I teach because I value those long-term relationships. I tell students, “Once you’re mine, you’re mine for life. I don’t do 3-am phone calls and I don’t do tuition, but I want to stay in contact. I want to celebrate the successes and be there for the not-successes.” My students are mine…we spent time together testing each other, learning from each other, growing. I still attend funerals and I meet new babies. I am contacted for book recommendations, and I’m tagged on pictures of their babies reading. That bond is the ultimate reason I teach. Every student who spent time with me taught me to be his teacher or her teacher. Every student is part of the legacy I send out to a future I won’t see.  Is there anything more important?

I teach because I can’t not teach.
Posted by Fourth Generation Teacher at 6:54 PM