One of the joys of my advocacy journey is meeting other people who care about public schools, who sit with me during boring committee meetings, and floor debates. Who inform themselves and ask tough questions. My friend Aysha is one of those friends. We were recently sitting at a coffee shop, having just listened to Representative Emily Virgin talk to teachers and citizens about the Teacher Walk-out when we began laughing about the legislators we can always count on debating about the waste, fraud, and abuse in education...Aysha made a leap I expect from her to the REAL waste, fraud, and abuse in education: required standardized testing. I begged her to write this and here is her response to the real waste, fraud, and abuse in our schools. Enjoy...or don't enjoy. Get mad and write to your legislator. 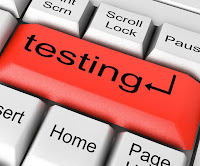 Those of us who watch the Oklahoma Legislature regularly hear certain legislators sing the refrain of Waste, Fraud, and Abuse. It’s their answer to any suggestion that an agency or program isn’t properly funded by the state. And we heard it again this past week during debate about bills that would have raised revenue to fund Common Education. We can argue all day long about just how significant waste, fraud, and abuse are in state agencies, but there is one area where millions of dollars are wasted in schools, resulting in fraud and abuse that cheats students of their education for weeks or months of the school year.

We’ve also heard elected officials say that teachers should be in the classroom, rather than at the Capitol demonstrating for more funds in their classrooms. I support teachers’ continued action at the Capitol, and one reason is that during the month of April, my children do precious little learning in the classroom, anyway, due to the waste, fraud, and abuse that is state testing.

Every April, every public school student in grades 3-8 takes state tests. They are administered under high security, with test booklets and answer sheets sealed until they are passed out to students, and every testing room having both a certified teacher and an independent monitor to watch for any irregularities. Testing in every grade takes multiple days, with each testing session lasting two or three hours. During those hours, the teacher in the room is not allowed to do anything but watch the students complete their tests (or solve technical problems for testing on computers). Not grading, not preparing lessons, not doing any useful work. Those hours are WASTED. The volunteer monitor isn’t as restricted—they’re allowed to read or write (I usually bring paper and write long letters to my legislators), as long as it’s not on an electronic device, but it’s time WASTED that volunteers would rather spend helping the teacher in the classroom or doing any of the other tasks that parent volunteers do in schools every day.

When my children were in elementary school, they often spent the rest of testing days watching videos, because going out to the playground would have made too much noise for students who needed extra time on tests or those in other grades who were testing on a different schedule. In middle school, they test with their language arts classes, but test sessions take longer than a single class period, so every other class that day will have students missing. Those class periods are WASTED, as far as learning goes, because teachers are reluctant to introduce new material while some of the class is absent.

At my children’s middle school, tests are administered on computers, but there isn’t enough equipment for every student to test at once, so students rotate through the testing rooms. School staff have to move every computer into those rooms, remove or cover every bit of written material on the walls, connect the computers to the internet, and test to make sure each machine will work properly with the state testing system when a student is sitting in front of it. So much staff time and effort WASTED, and computers tied up for testing instead of being available for students to use for research, or writing, or learning skills necessary to 21st century workers.

In my children’s district, the counselor is also the test coordinator at each school site. She spends April making sure every batch of tests stays secure and gets to the right room at the right time, rounding up parents and community members to serve as test monitors, walking the halls during testing in case a student, teacher, or monitor needs to use the rest room (or to help an anxious 3rd grader who’s vomited on their test paper), and then collecting completed tests and keeping them secure until they are returned to the state department of education for scoring. She’s not spending those weeks counseling, or doing any of the other jobs that school counselors take on. When my children were in elementary school, that meant their weekly Gifted and Talented enrichment session was canceled for a month or two. So much counselor time WASTED and student needs not met.

The State Department of Education pays Measured Progress, the company that prepares our tests and scores them, millions of dollars per year. Last year, because state tests and score categories were revised to align with new standards in math and language arts, scores were returned to districts much later than usual. 3rd graders got their language arts scores first, in mid-summer, because the the Oklahoma Reading Sufficiency Act requires 3rd graders pass the state test in order to be promoted to 4th grade. Other students were well into the next grade before they or their teachers saw their scores. I finally saw my middle schoolers’ scores in November or December. They were no help to their teachers in revising instruction, or to my children in identifying areas of weakness. More than half a year later, they had moved on, and those weeks of testing last April were a WASTE.

Federal law requires annual testing by states in language arts and math, and testing in science once each in elementary, middle, and high school. Oklahoma state law reflects this, but adds the requirement that 3rd graders achieve a certain reading score in order to be promoted, and requires 8th graders to achieve a certain reading score in order to get a driver’s permit. Also, despite the state legislature repealing the requirement for 5th and 8th graders to take a writing test (after the writing test scores were thrown out two years in a row), there is a writing section in the language arts tests for those grades. My 8th grader’s language arts teacher told me that when she finally saw the scores from last year, they were absolutely meaningless. Administering a writing test is both contrary to the will of the Legislature and a FRAUD perpetrated on the students who spend hours composing written responses.

Annual testing is supposed to provide accountability, and the state turns a school’s test scores, along with other school information, into an A-F grade. How that grade is calculated has been revised, and may be a more sensitive measure of performance than in previous years, but it is still FRAUD to try to capture a school’s performance in a single letter grade, and it is FRAUD to tell parents that these tests tell them how well their children’s schools are performing.

The FRAUD is also perpetrated directly on students. Because school accountability measures are based on test scores, school administrators and teachers are under a lot of pressure to get high test scores. So they tell students that the tests measure what they’ve learned over the year, or that they may be used for placement in advanced classes next year. Here are practice questions for my 7th grader. The only thing this test would measure is her ability to stay on task when given passages to read that are as boring as writers can make them.

I usually browse through the sample test questions every year. I have yet to see them acknowledge that 21st century students go to google to answer all kinds of questions, and that kids need tools for evaluating which online sources are useful and factual.

When my children are spending their time on state tests instead of learning, and their learning time is disrupted because of the logistics of administering tests, that is ABUSE.

The worst ABUSE, however, is what we do to 3rd graders. The Reading Sufficiency Act requires that all 3rd graders receive a passing score on the reading portion of the state test in order to be promoted to 4th grade. Parents and teachers and Representative Katie Henke fought hard in 2014 to add parent and teacher team input to the decision of whether or not to promote based on test scores, and we’ve had to fight every year since to keep that team involved. What 3rd graders hear, though, is that if they don’t pass the test, they won’t go to 4th grade, period. In many schools, they spend weeks drilling on practice questions and worrying about their performance. Parents complain that the anxiety makes their children physically sick. Inflicting test anxiety on eight- and nine-year-olds is child ABUSE.

The other ABUSE is of the professionalism of teachers. All teachers give assessments—to find out what their students already know, to determine whether students have mastered the course content and concepts, to assess whether their own instructional methods are working. They have training and experience to prepare their own assessments and evaluate the results. The state assessments could be an objective reflection of how well students are mastering state standards, and provide useful feedback to teachers. But they would have to receive the results in a timely fashion, not half a year after the tests were administered, when they’ve already mapped out their lessons for the year. And they would have to have confidence that the test results were meaningful, and score ranks represented their own objectives for students. I trust my kids’ teachers to assess whether their instructional methods are effective--and whether my kids are doing the work required to learn the material--because their teachers are highly trained professionals. The state should treat them as such. 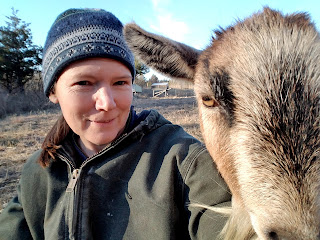 Aysha Prather is an entomologist, a graduate of public schools and three public universities, the mother of two middle school students in Noble Public Schools, a gardener, goatherd, chicken keeper, and an accidental advocate for public schools and science education.