I did not have the heart or the will to watch the debate and vote on HB1019X today. Everyone with a brain knew the outcome, and the outcome will not be pretty for any of us who have friends or family in our state.

I DID watch on my computer (after my husband shut the door to my guest room/office...I watched the debate and the vote. And I wept bitterly.

I tried to take notes and characterize Representatives' arguments clearly. When my mouth would not be still, I added my own commentary in italics.


FORREST Bennett, NOT to be confused with the no-taxes Bennett: (Against) He had to reclaim 6 seconds for his debate because his colleagues were being rowdy. Chair reminded the House of the need for decorum in the Chamber and reminded them to disagree with dignity and respect. If they can't do that, maybe they all need to go back to school and work on their people skills.

Rep. F. Bennett said he felt duped and deceived, taken for a ride by the leadership. They had said they wouldn't cut funding, and this bill cuts funding. He pointed out that after the failure of HB1054X, this bill mysteriously appeared...all ready to go. He urged a NO vote to hold the House accountable to voters..."You can do better if you have the will to do better."

Matt Meredith: (Against) He said the House is playing games with people's lives. He reminded the body that the Speaker promised the minority party that if THEY could deliver 75% yes votes on HB1054X, it would pass. The minority party delivered over 80%, but the bill failed when 12 Chairs, including the Chair of the Common Ed Committe, voted NO. He apologized to teachers, to the County Commissioners who came to advocate, to elderly and to children. He called the O&G employees who were bused to the Capitol for the debate last week, "paid protesters." I will add paid protesters who had a cushy ride from and back to work. He decried the weeks of time wasted in the Special Session and said the Senate was their only hope.

Collin Walke: (Against) He promised he wouldn't yell, and I can testify to the fact he did not raise his voice; he still brought his passion. He reminded the House that he told members the cigarette tax bill they passed in session was unconstitutional - BEFORE they voted. He reminded them he said it was a bad bill. They passed it any way. He evoked the Speaker, 'who dares not darken the floor of the House.' He did not yell.

Cyndi Munson: (Against) spoke eloquently about meeting students from a public school honor society. She spoke of her own alma mater, UCO, and told the body that 1500 A and B students have left the university before completing a degree. She warned that scholarships will be withdrawn because the funding is not there. She ended by saying Oklahoma deserves better.

Josh West: (For) He complained that others had called him a bully. Not sure about the context at all. He said his wife works in mental health...Then began decrying bureaucratic waste...In a swipe to the County Commissioners, I assume, he said their choice was people or asphalt. I wondered at his last remark...it sounded like a threat to any counties represented by members who vote NO. Surely not.

Jason Dunnington: (Against) He talked about one-time funding and deficits every year. He reminded the body they do the same thing every year. He challenged the House: next Session, beginning in February, members should not file any bills unless they include recurring revenue for the state. "We are the problem." He said they must be hyper-focused on recurring revenue, not social issues.

Scott Fetgatter: (For) Says we must choose between jobs, roads and bridges, and elderly and disabled people. People are losing services without this bill.

Johnny Tadlock: (Against) He told the body that it will be hard to go home and tell the people he voted for a bill to cut funds and services. Warned members they will return in February in a worse position than they're in now. He said he was going to be real about his vote.

Chuck Strohm: (For) Told members this bill IS the compromise. The only solution that protects state agencies. I may have cursed at the screen...just a bit. Rep Strohm only likes the bill in my mind because it cuts...cuts...and cuts. As a proud Grover Norquist no-tax-pledge signatory, he is not as interested in protecting agencies in my mind, as he is in never raising taxes.

Cory Williams: (Against) He called up the ghosts of OCPA and OICA as the big winners in this bill. He admitted he took heat on his vote last week. I might have brought my own blowtorch. He said a yes vote was doing 'more of what got us to 50th in the nation. How can we tell Amazon to invest in us if we don't invest in ourselves?' This is not a compromise in his mind. 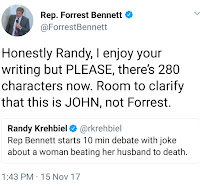 John Bennett: (For) He began his debate with a story of a husband and wife who were charged with shooting the other to death. I got lost in the metaphor. He said this bill helps them make hard decisions...that it satisfies needs until next session. That it is the only alternative without taxing Oklahomans to death. Then he went on the familiar 'audit-audit-audit' rant. My eyes rolled into my head...I lost the thread at that point. He returned to his other favorite talking point: HB1017, the biggest tax increase in state history. He claimed 'total' state spending has increased. He called all opposition "scare tactics." Then, as I've come to expect, he went off the rails, accusing OU of encouraging abortion, of wasting money on monasteries. NOW he cares deeply about the vulnerable in our state...this from the man who called state agencies 'terrorists' the last time he debated. Nothing to see here, folks. Just move along.

Jon Echols: (For) The Floor Leader said he'd looked up the debate rules and could not call others liars, but he could say they lied. "I looked it up. I can say that." He said, "The truth is not in you. I cannot call you liars." He reminded the body that Department of Health would not be able to make payroll at the end of the month without the bill. This must have been in response to several others who asked the members to keep working on a better bill -- he warned that we are out of time. I'll admit, I got lost in this commentary. Never was sure who were the people-lying-who-were-not-liars. I think I missed a few seconds due to a glitchy connection.

David Perryman: (Against) He began by saying OCPA never saw a government program they didn't want to kill. He warned that the cuts in this bill would create long term problems for the state. He asked the body to stand up for people not corporations. He said that this moment was a natural result of years of neglect.

Kevin Wallace, Chair of Appropriations and Budget: (For) Chairman Wallace, who had just stood and answered an hour of questions about the bill with good humor and respect closed the debate. He reminded members that the failed cigarette tax, recently deemed unconstitutional by the Court, is the reason we are back in Special Session (Actually, I learned on the first day, it's called an Extraordinary Session). He said 12 agencies where held flat in this bill, with no cuts...Common Ed is one he mentioned. He didn't mention the fact there are MORE students for the same dollar allocation. That means the state invests less on each student. So, that is a cut. He warned the members that we are all racing toward a cliff, and said this bill will save us.

Someone in debate told one of my favorite jokes about digging into a pile of poo...the optimist does it with glee, because 'there's a pony in there someplace.' 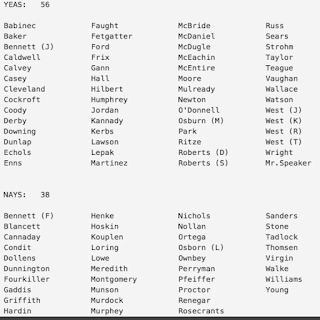 They voted. It passed (no new revenue, so it only needed 51 votes). There was no pony.

Now, I'm going to go write thank-you emails to the NO votes. They seem to have more faith in our ability to truly help our fellow Oklahomans than the people who voted yes. My head hurts.

Eight Weeks. Eight. OK, Seven and a half . And THIS is the plan?? 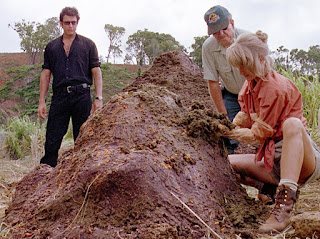 Update -- The sky has officially fallen. Governor Mary Fallin and I agree on something...she doesn't like this bill any more than I do. My question all Extraordinary Session has been:Why is the Speaker flying in the face of the Governor's wishes? I know she's a lame duck at this point...but to so completely ignore her intentions...It mystifies me.
Posted by Fourth Generation Teacher at 8:07 PM