All I Want for my Birthday... 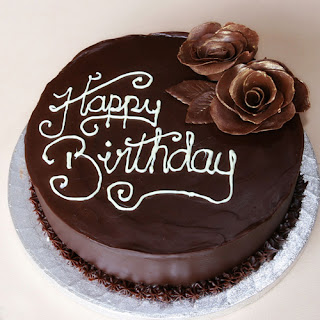 ...is a balanced budget for the state of Oklahoma. Not candy or flowers. Not even a card. I just want a budget for my adopted state.

A budget that does NOT balance itself on the backs of the working poor and middle class, in the form of regressive taxes. A budget that includes raising the Gross Production Tax for horizontal wells in Oklahoma to 7% -- still below the regional average!

A budget that includes raising the income taxes of the highest earners in our state...

A budget that will save us from a Special Session in June...that will cost our state a teacher's salary. Every. Day.

I've been visiting the Capitol every week this session...but that was too late. The fix was already in. Big Oil had already bought and paid for their legislators.

SQ779 failed at the polls, so we knew any teacher raise would be nigh-onto impossible with the tax-hater, Grover-Norquist-pledge-signers in the legislature. All those voters who complained about the regressive nature of the 1% sales tax for teacher raises said, oh-so-piously, they wanted a 'better plan.' They thought our legislators would respond.

We heard legislators say they heard the message, they were committed to teachers, to #oklaed, and to a teacher raise. And some believed them. I did not. I knew a teacher raise was dead.

I went to the Capitol. I talked to legislators. I was told one thing by one, and something different from another. I listened. I asked clarifying questions. And then I asked the same questions of legislators across the aisle. And guess what? I got different answers.

It became apparent too many were waiting for someone else to blink first.

The courts ruled that the state legislature had incorrectly taken $10 million dollars from the Lottery that belonged to #oklaed.

I went to the Capitol.

I carried information from Save Our State, from Let's Fix This, from Together Oklahoma. All solid plans with shared sacrifices and down-to-earth solutions. I asked questions. I listened. 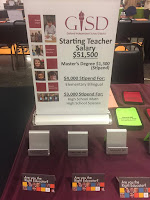 Something else I did was to work closely with OSU English student interns...bright, ambitious students who want to teach...and who are looking to cross the Red River and start their careers in Texas. Texas schools came to the OSU Teacher Career Fair, and according to one of my students, prowled like buzzards, knowing they only had to post starting salaries to lure our new teachers. I saw first-hand the loss...just one subject area. Oklahoma students who know they must leave home to start  their careers.


Now, we are faced with a hard deadline: May 19. My 72nd birthday. If we don't have agreement by May 19, the legislature will be forced into Special Session, costing us more money. Money we don't have.

I voted for SQ779 for my friends and former colleagues. I know that neighborhoods of working class voters also supported the measure. They wanted their children's teachers to get a raise, to be happy and well-paid. Towns on the border to Texas and Arkansas voted for 779. They are tired of losing their teachers to these other states.

I voted for new leadership in the legislature. I was frustrated by the 'business as usual' attitude at the Capitol.

The majority of voters disagreed with me. So. No raise. Same leadership. No new ideas.

It's not too much to ask, is it? All I want for my birthday is a budget agreement, a balanced budget, and a teacher raise.

Clock is ticking.  And I'm old.
Posted by Fourth Generation Teacher at 4:38 PM