SB393 Keeps Sailing Through the Legislature. 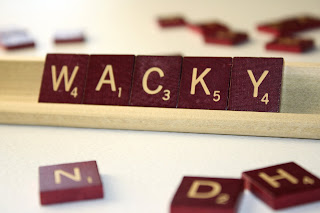 Just days after watching Representative David Brumbaugh urge and cajole and charm SB393 through committee last Thursday, he died of what I've heard was a massive heart attack. I'd not had reason to speak with him in the past, but seeing the sincere mourning of prominent Oklahomans, I can see he was well-respected. My heart goes out to his family on such a sad day for them.


There are days that leave me scratching my very old grey head, trying to put contradictory stories and experiences into some kind of sense. Today is one. A wacky Thursday.

I attended the General Government Oversight and Accountability Committee meeting today…to hear an education bill. An education bill that was not going to be heard in the Common Education Committee, so it was reassigned to this committee I’d never heard of before. The bill? Senator Brecheen’s ‘Teachers Teaching Intelligent Design and Climate Change Denial’ bill. SB393.  And I read an article about a truly generous Oklahoman who will make a huge difference in our state.

Some history on SB393 from my notes:

I attended the Senate Education Committee when Senator Brecheen introduced his bill. I noticed that he was very distracted at the beginning of the meeting. He conferred with the Assistant Chair of the Committee, Senator Ron Sharp, and then caught the attention of the Ginger Tinney, the Executive Director of Professional Oklahoma Educators, who was sitting in the room. Brecheen and Tinney left the chambers together and returned, talking about a paper the senator held. I wrote in my notebook: “Brecheen and Tinney working something?”

Then minutes later, Senator Brecheen was asked to explain and present SB393. I realized that all the scurrying around made sense. He started his presentation by telling us that Louisiana and Tennessee both have similar bills, and they have not been sued.  Interesting way to introduce your bill, huh? He then got down to business. His bill protects teachers. Empowers teachers. He read from a paper (the one I saw?), quoting a survey from POE that teachers felt pressure when they avoided teaching certain subjects in science. 7% of those surveyed felt ‘pressure’ when they taught climate change denial, and 21% reported ‘pressure’ when they taught a form of intelligent design. No word on the size of the survey. We know POE may have 7000-10,000 teachers as active members. Not all of them would have contacted about a science survey. So, the question I have had since that first day is, “21% of how many returned surveys?” I think it’s a valid question that deserves an answer, since we seem to be about to make law based on those 21% surveyed. Instead of working on the budget.

Lots of lip service was given to ‘both points of view…looking at both sides…the full realm of science.” We were told that “Indoctrination (I assume this is current science teaching) is not critical thinking,” and the pathway to a Leftist-leaning agenda. We were assured this bill allows teachers, with no liability, to share documents about ‘both sides’ of ‘the argument.’ Senator Brecheen promises that this will build better scientists…and even used Galileo as an example…sorry, I lost the thread. Only one senator voted no…thank you, Senator J.J. Dossett. I cannot share the words I wrote in my notebook that day…they were vitriolic.

I was NOT there when the bill passed the Senate, but pass it did. This time, 10 senators voted no. Thank you, Senators Bass, Bice, Dossett, Floyd, Holt, Matthews, Paxton, Pittman, Sparks, and Yen.

The bill was then assigned to the House Common Education Committee, but the Chair chose not to hear the bill. Since this is the last week for bills (that originated in the other House) to be heard in committee I breathed a sigh of relief, hoping we were finished with this bill.

But then Senator Rob Standridge, my senator, wrote an op-ed piece for the Daily Disappointment Oklahoman extolling the merits of the bill, as ‘a man of science. Senator Standridge is a trained pharmacist and runs an international business, Health Engineering Systems, from Norman.


That set off alarm bells…why would a seemingly dead bill get such a glowing review? Well, the answer is the bill wasn’t dead. It wasn’t even badly wounded. It was suddenly reassigned to this committee I visited today: General Government Oversight and Accountability. Which meets on Thursday, the very last day of legislators’ work week (funny how some are Hell-bent to force schools to be in session five days a week, when they’re not).

I did not get the memo that ‘the color’ of the day was red…we were first going to wear green…so I was a mossy blot in a sea of red.

Representative Brumbaugh, a caucus leader, is the House author and he came in armed with lots of hand-written notes. I was close enough to see that, but not the notes themselves. Rep. Brumbaugh extolled the virtues of this bill: It would promote thinking skills while giving teachers immunity. He told us it was about academic freedom. He also told us that Louisiana and Tennessee are leaders in this push (Don’t know about you, but I don’t necessarily want to trip down the lane with those two state’s school law as my guide). He wants teachers to teach ‘all’ theories, promote no doctrine, and somehow keep wackoos from teaching (more on that word later).

He faced questions: Why was this bill, clearly an education bill, assigned to this committee? Lots of soft-soaping about timing, as this is the last committee meeting on Thursday. Discussion of the term “shall prohibit,” questions about limiting school boards and schools’ personnel decisions. Representative Cyndi Munson brought up my biggest concern: our students will be ill-prepared for the ACT and for higher education, for any kind of STEM profession if they’ve been taught by teachers who ignore the standards and curriculum.

Brumbaugh talked about the wonders of learning, of improving education, of open discussions, of critical thinking, of ‘circular thinking’. He promised this would contribute to educated youth.

We are grateful to Rep. George Faught for allowing public comments…five minutes for those opposed to the bill. Five minutes for those in favor. The room was packed with those of us who are opposed, but four chose to speak. One, a trained scientist, spoke of the giant skeleton discussion in her child’s science class. She argued this bill will not enhance critical thinking. Another, a retired educator, spoke to the standards and curriculum that were expected to be taught, and about the loss of local control with this bill. Another, a local science-education professor warned passage of this bill will lead to ill-prepared STEM students in higher education. Another said this bill will open up ideological, non-scientific opinions that will take time away from the classroom.

One speaker supported the bill: Professor Don Ewert, a medical researcher. His field is hearing loss research. He also beat the drum for critical thinking in an ‘intellectually safe place." He extolled freedom of interpretations, and warned about the limitations of the scientific method. Then he attacked current science textbooks as ‘slanted’. He promised that all discussions in classrooms would be fact-based. Then he brought up Neo-Darwinism, which made me scurry to Google. I am grateful to reader, Bob Melton (see comments) for finding Professor Ewert's name on the list of 100 science skeptics. How convenient for Rep. Brumbaugh that he's right here in OK...and since the Chair allowed my friends to speak, Professor Ewert was given five minutes to speak.

At the conclusion, one representative asked Rep. Brumbaugh, point blank, “Do you give your work that nothing wacko will be taught in science classes?” Brumbaugh promised. How very easy that promise came from his lips.

The bill passed the committee 4-3, with one member absent. No votes (I have already sent my thanks): Cyndi Munson, Greg Babinec, and Roger Ford. Representative Tadlock, the other Democrat with Rep. Munson did not attend the meeting.

So, now we have to see if the House leadership has cooler heads…whether it makes it onto the House calendar, and whether we have to drag ourselves up to 23rd and Lincoln one more time to fight for our students’ right to be taught the standards of their discipline, to be prepared for that ‘college and career’ future we all want for them all.

I said this was a head-scratching day.

As I was trying to put SB393 into some kind of sense, a friend shared a story of an Ardmore man who was moved by the fact that the Oklahoma State Science Fair would be unable to hold a contest next year because of state and federal cuts to STEM education.  James Young reached out to his representative, Pat Ownbey, about how to donate to the Science Fair. Mr. Young wrote a check for $50,000! Rep. Ownbey spoke glowingly about the opportunities this donation will afford Oklahoma students to further their education in STEM.

I’m assuming with his great commitment to STEM education, I can count on Rep. Ownbey’s no vote on SB393.

Some days just make you just roll your eyes and scratch your head. Or bang your head on your desk.