I can never follow the rules on any 'top' followed by a number list, and why should 2016 be any different?

I had to revise my total goal on Goodreads DOWN, after my husband's emergency hip-replacement-replacement surgery, but I still did a lot of reading. 146 books, 49 audible books (love to listen as I walk and drive and do gardening). I rated 33 books five-out-of-five, and have winnowed that list down to ten...well, not ten. Really twelve. Let me explain.

I read two books this year written by friends! How very cool is that to KNOW the author and hear his and her voice in my head as I read? Those two go to the top of my Top Ten (plus two). And since I changed the rules, I'm not allowing myself any honorary mentions this year...see, I am playing fair. AND I did not include any of the 8 books I reread this year and rated 5.

I was surprised that of my top ten (plus two) only three were novels (or a picture book of folk tales). I, the fiction queen, reached out and read more nonfiction...now, I'll admit, most of the nonfiction was narrative -- stories told and analyzed -- but that was a surprise. One Young Adult novel, and two YAL nonfiction books, by the same author.

Center Ring, by Nicole Waggoner. Nicole is married to one of my former students and we have discovered so much in common: English teachers who wanted it all. Center Ring is part of a trilogy, and it's a good thing Nicole included the first chapter of the second book on her webpage...otherwise... Young moms with professional jobs or training, try to balance their lives and commitments. Every woman can relate!

Capturing the Spark, by David Cohen. I've met David several times at National Board Certified Teacher conferences, and was excited to see his book. He took a year off from the classroom, and visited classrooms around his home state of California. He used those observations to reflect on what schools really need to be successful. I 'visited' the classrooms of several online friends through this book, and his recommendations at the end, while focused on California, would work to improve #oklaed. David's is the only professional book I rated 5.

Countdown of my Top Ten:

10. God Help the Child by Toni Morrison. My walking buddy and I spent our summer reading works by African American women, and I was eager to read this, Morrison's contemporary novel about a black woman and the mother figures in her life. It was so different from her historical fiction, and I found it so much more accessible. 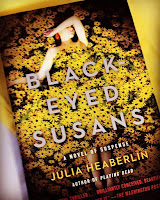 9. Black Eyed Susans by Julie Heaberlin -- a mystery-thriller with a split narration -- the main character as a child who survived a horrific kidnapping and narrowly escaped death, and the adult with second thoughts about her testimony in the case. Since I listened to this one, I couldn't 'cheat' and read the last pages to learn how it ended...so I just took lots of walks! 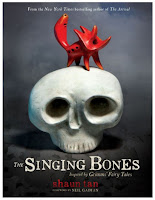 8. What it is Like to Go to War by Karl Marlantes. " War is society's dirty work, usually done by kids cleaning up the failures perpetrated by adults." There were so many surprises with this book -- the author's classical academic training, and his analytical investigation of our society's treatment of those kids we send to war, and then abandon once they're back home. We can do better.

7. The Singing Bones by Shaun Tan. Tan is a visual artist, and has created tiny, evocative sculptures for seventy-five Grimm's tales...some familiar, most new. His retelling of the words tells one story, and the sculptures tell a heightened version of the same tale. I pored over these pages, wanting to touch the tiny works of art. 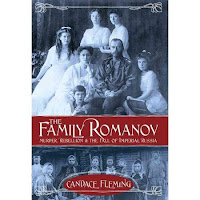 6. Family Romanov by Candace Fleming. I have always been a sucker for books about the doomed Romanov children -- Anastasia, Alexei, and their willfully-blind parents, Nicholas and Alexander Romanov. I hoped, as we all did, that the stories of Anastasia escaping the assassinations were true. Fleming covers the horrible murders, and the forensics of the search for remains with care. No one escaped.

5. Most Dangerous: Daniel Ellsberg and the Secret History of Viet Nam by Steve Sheinkin. I had to find a young adult author to interpret the Pentagon Papers for me...even though I lived through that era. In my defense...I was busy as a mom of a toddler. Sheinkin is my favorite nonfiction author, and I'm thrilled that his books are so assessible to young readers. His research is meticulous and he find the rhythm of the times.

4. The Port Chicago 50: Disaster, Mutiny, and the Fight for Civil Rights also by Steve Sheinkin. This guy...he's got chops. He found a story most of us know nothing about and he's brought it into our lives. Port Chicago was a naval base in CA during WWII. Since African Americans were not able to hold positions of power and responsibility during the war, they were force to do the heavy lifting and dangerous work others didn't want to do. The explosion at Port Chicago was a direct result of neglect and abuse of workers. The subsequent mutiny and its aftermath is something we must all learn about. Sheinkin is a master at telling the stories we NEED to know.

3.  Ratf*cked: The True Story of the Secret Plan to Steal America's Democracy by David Daley. This was my light Christmas reading...holy...heck! Daley travels the country, interviewing political operatives who took control of redistricting our Congressional (and state) boundaries, as well as victims of that redistricting, and the beneficiaries. This book tirelessly examines gerrymandering, but also the work to gain the power TO gerrymander. He is a harsh critic of both political parties, and he offers some suggestions to possibly save our republic.

2. All-American Boys by Jason Reynolds and Brendan Keily. Ripped, as they say, from the headlines, this story follows two high school boys through an incident of violence that forces them, their families, and friends to face harsh facts of our treatment of each other. The two authors narrate the voices of two young men -- one African American, one white. They must come to terms with the unfair nature of life and news and treatment of our young people. Done with an even hand, this book must be read by all of us. 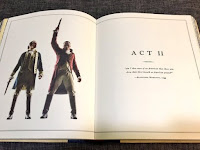 1. Hamilton: The Revolution by Lin Manuel-Miranda. Yes, I am obsessed. I have the Chernov biography in my TBR stack, but this...the story of the show...is a work of art. First the photos...of cast members, and of the production itself. Then, the backstage stories about the making of the show. Then, the analysis of how the music was created, complete with footnotes with sources and inspirations. Then, and most marvelously, there are the lyrics to every story. I sat, read all the background, read the lyrics and the footnotes, and then listened to the song, following along with the lyrics in the book. I know I couldn't have caught half of the creativity if I hadn't taken this strategy. The parts reassemble into a whole that is transcendent, genius. I am in awe. NOW I must see this show in person.

What didn't make my list? Classics-I-should-have-read-before, a new Jodi Picoult, YAL I've known about and never read. I've discovered new favorite authors, including Zadi Smith, whom I met, and Jenni Lawson, whose honesty astounds me. New books that scared me and delighted me.

What's a book you'd recommend I put onto my 2017 books-to-read?
Posted by Fourth Generation Teacher at 2:58 PM