I have watched with awed pride as Nikki Jones and Karen Hendren stood up to power and refused to administer a required survey to their little ones. I have watched as the pressure on them, and the pressure on their Superintendent ratcheted up to an almost unbearable level. Now I fear for Nikki and Karen...I don't want them to become martyrs to a cause. Yes, Joan of Arc is remembered, but who knows what more she could have accomplished in her life if she had survived. I want Nikki and Karen to continue working with little ones in the classroom, impacting their lives and their learning.

I have not met Nikki in person, but we consulted back and forth last year as I encouraged my daughter to opt her girls out of the field testing at the middle school level. Nikki was knowledgeable and supportive. I am eager to meet these two women and hug them...let them know how proud I am of them. 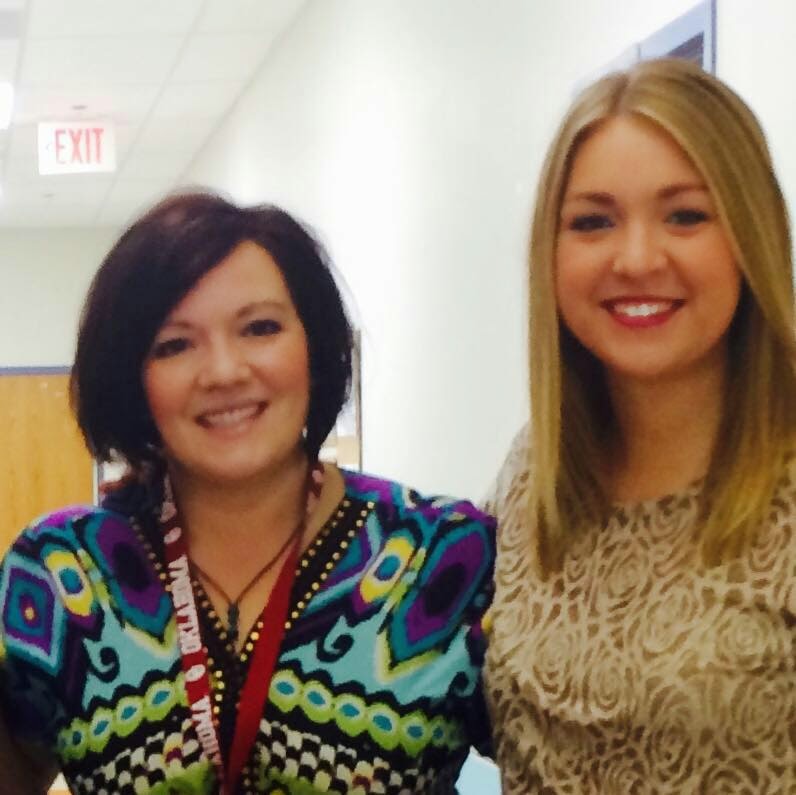 Dan Vincent and I wonder if there are bridges to be built...The latest article gives me some hope...
I met Dan during last year's fight for HB2625. He made an equally courageous stand, opting his child out of third-grade testing. He also faced the scrutiny of the press and policy makers. He knows about building those bridges to benefit children. I absolutely believe his reflective piece here is informed by his own experience. Here is his reflection.

For those who may not know me or my story, let me provide a brief context for this post. I began teaching in Jenks Public Schools back in the 1990s, during which time I was able to obtain both a Master’s degree in Education and a Doctorate in Education from the University of Oklahoma (one of my classes was actually taught by Dr. Keith Ballard). In 2006, I moved to the University of Central Oklahoma to become a professor of education and have been at UCO since then.

Last school year, my son was in 3rd grade and was under the requirements of the Reading Sufficiency Act. I worked hard, both in my local district and at the state level, to try to shield my son from the damage being caused by testing (especially the RSA). I have read extensively on many of the reform policies and have the unique opportunity of viewing them both as a professional and as a parent. I have seen the impacts firsthand; I have heard countless stories from teachers and from my UCO students.

I feel I understand what is happening in schools across our state. I have been vocal in my opposition to many of the reforms, even to the point of refusing to allow my son to take the state/federally mandated tests (there is another story here completely, but suffice it to say, I had to compromise a little on this, as did my district, but in the end, I feel the district and I came to a mutually agreed upon solution).

This is why I approached Claudia to ask for an audience for my letter. And I am grateful that she accepted….

As a parent with 2 kids in elementary school, and as an educational professional, I have watched with great interest the events of the last week in Tulsa Public Schools. Although I am not currently living in the Tulsa area, I have admired the way in which educators from this area have been vocal in their views on the education reforms being thrust upon our profession and on our kids. They have led the way in pushing back against policies that are obviously not in line with professional knowledge and research.

When I first read the letter from Nikki Jones and Karen Hendren, I was honestly more than a little excited. Many, including myself, have felt the over-emphasis on testing has done damage to classrooms and to learning; I felt the passion of these teachers as I read their letter. I think most teachers, administrators and parents could understand their view. I personally wish more teachers, administrators and parents would resist the testing culture that has infiltrated our classrooms. It was not until I read Superintendent Ballard’s letter to district teachers that I began to rethink my original excitement.

I initially wanted to take sides on the issue and vilify one while glorifying the other. After some reflection, however, I now am seeing this issue from an entirely different perspective; it can be summed up by the phrase “Cui bono?”….To whose benefit? If I glorify one while demonizing the other, who will benefit? And to be clear, I don’t think either party will benefit if one wins and the other loses. In fact, if this issue comes to a point in which one party can be declared a victor, neither will have benefited in the long run. The “Reformers” will have won. I don’t know if Dr. Ballard, Ms. Jones or Ms. Hendren will read this post, but I hope those who do read it will rethink this entire situation and not take sides as I was tempted to do. Let me try to explain.

Over the past few years, Dr. Ballard and many teachers across the state (including some from TPS) have voiced strong concerns over the way in which state policies have negatively impacted classrooms. Specifically, Dr. Ballard has been a steady voice of educated dissent over the A-F grading system and the Reading Sufficiency Act, among other policies. Through all his frustration, he followed the law; he played the game, albeit in a vocal way. He stood up to those in power and empowered many of us to do the same. His voice, along with those across the state, was loud and clear and consistent. He was part a powerful chorus that was tough to be ignored. He was part of a powerful chorus that informed parents and enabled them to act. I am one of those parents who felt I was not alone in my frustration.

But now, as the tables have seemingly been turned, I am left to wonder whose side to take. I, like the teachers, am beyond frustrated with the testing climate of schools and want to resist. I, like most administrators, feel a desire to follow the laws of our state and keep the trust of constituents. So this issue has pit two of our strongest student advocates against each other—passionate, talented teachers versus a strong, respected leader. Who benefits if one loses while the other wins?

Nikki Jones has also been a vocal and educated voice on the impact of testing on kids. As a decorated and respected teacher, she has informed many on how reform policies play out in classrooms across our state, specifically those tied to high-stakes testing in early childhood settings. Personally, I have found Nikki to be a wonderful resource on how to advocate for my own kids. She clearly has a passion for helping children grow and learn; she clearly knows the field of early childhood education.

Although I admire her for her stand against the tests, I am left to wonder what parents across the state are to think? Why would two respected educators from the same district be caught in this dilemma? As a parent, which educators should I believe? How could we go from a unified, clear voice to now a biting, reactionary assault on each other? If we are to push back against reforms, we need clearer heads. We need a united voice for kids.

In short, I don’t think this issue is one in which we should take sides. I realize some will resist this notion and support one over the other. I have the same temptation but have come to see the damage that could be done by taking sides. We shouldn’t pit teacher versus administrator if we want to see meaningful change in educational policy in our state.

This controversy is not about teachers against administrators, Ballard versus 1st grade teachers; it a controversy that is a by-product of failed education policy—policies that we have railed against the last few years that now can be seen as the root behind this problem. It is the policies we need to fight, not each other.

Our frustration should be directed to the failed state and federal policies, not on professionals who have been leading the charge to make our laws right for kids. We need all three of these talented educators working for our kids. We shouldn’t fill social media with venom for educators who are probably more alike than what would seem from this current controversy. Personally, I can see both sides and would advocate strongly that those of us in the education community—both parents and educators—encourage Dr. Ballard, Ms. Jones and Ms. Hendren to find common ground. Maybe we even demand it.

Surely, we can all see the good that would come from a united front against the testing mania of our schools. The passion each has for kids is clear; I pray each will humbly offer an olive branch and start a genuine discussion on how best to help kids; this will likely mean giving some ground on the initial stance taken.

In the end, we all want the best for kids in our care; we all want classrooms to be places where all kids are nurtured and loved.

By working to resolve this issue, it will send a clear message to all— To whose benefit? The kids.
Posted by Fourth Generation Teacher at 7:40 PM