A Teacher is More than What He Teaches.

"What the teacher is, is more important than what he teaches" Karl Menninger 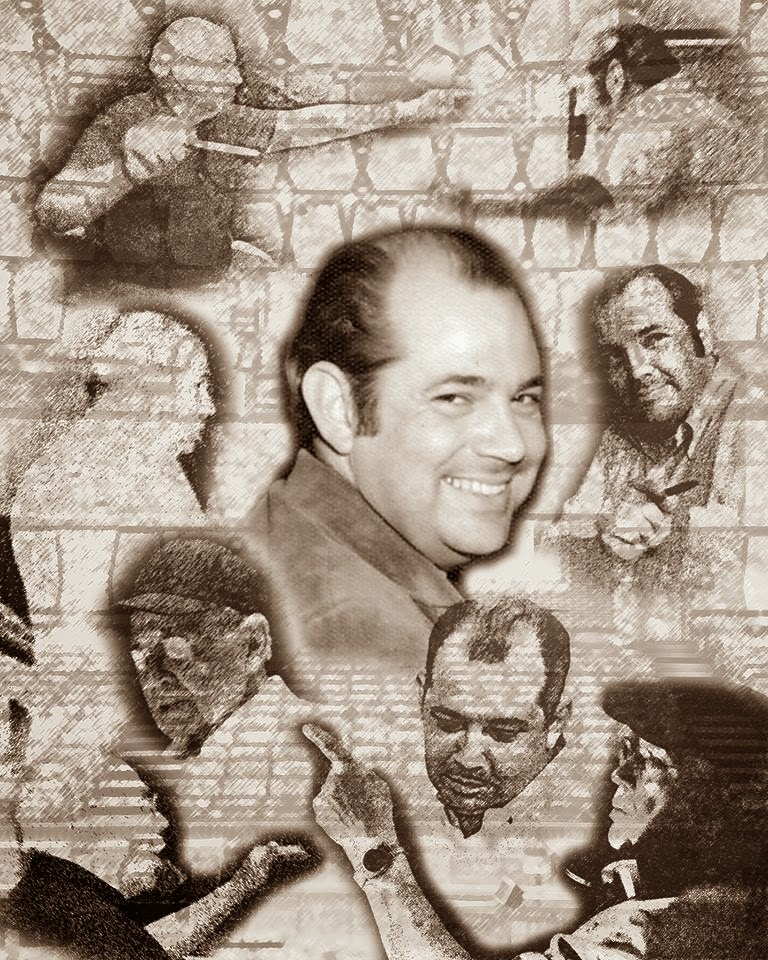 My friend and teacher died last week. Jerry Reinhart was the embodiment of this quote…What he was will always be a part of me, and the thousands of students who were a part of his chorus program. He taught for 40 years, and continued to be involved in musical theater even after his retirement, at the age of 75! 75! And after that, he continued to direct and produce summer musicals for the community. Does that tell you something about his energy and commitment to bring music to his community? I love this picture...I saw this expression often, from the alto section

I met Jerry and his wife Margilee because they were ‘younger sibling’ friends of my parents. Jerry and my dad were at different schools in the same small school district, Ross Township, or as we all called it, Merrillville. I adopted them as the ‘older siblings’ I never had, and grew up around their large family, often sharing holidays together.

I took voice lessons from Jerry, and wanted to be a part of his choir, even though I couldn’t open my mouth wide enough to make a sound worth listening to. Not until my junior year did my dad relent (“You can’t get to college on choir credits!”), and let me try out. My natural shyness nearly ended my short career in music before it began, but Jerry (Mr. Reinhart at school!) was there to cheer me on. Those two years in choir were filled with laughter, friendships, performance, beautiful music. We were a part of something so much bigger than ourselves…we created music!

Classes and rehearsals weren’t boring affairs because we could count on Jerry zinging us for our laziness…”Mr. Reinhart, I’m trying,” was a typical whining response to a demand for more. Jerry had two answers, and we waited, giggling behind our hands to hear them: “Yes, you are -- very,” and “I know, I know.” Both were accompanied by his head hanging down, shaking sadly, shoulders hunched. He was a performer! We got it. No excuses. Stand up, sing the notes, stay in tune, listen to each other, balance the harmony. Remember an ensemble performance depends on each voice, each section.

He was a musician, a husband, a friend, a father. He was an educator. He was a leader and a visionary. He is the reason my old home town presents amazing musical programs. The first, the year I graduated from high school, was Music Man. That music was what our small show choir sang, and he is forever connected to Harold Hill. Recently, the Ross Township Musical Theater mounted productions of Phantom and Les Mis.
He was a teacher who demanded the best of his students and for his students…he started his summer stock in the high school gym, and was the inspiration for a state-of-the-art auditorium which was aptly named for him.

Jerry was my friend, my cheerleader, my supporter. He helped me prepare to audition for that Music Man show choir, knowing my stage fright could be crippling. He sat in that darkened auditorium while I auditioned for the senior members of the group, probably the most surprised that my voice made it to the back wall, the most proud, the most elated. He knew how hard it was for me, he had watched me grow and to take a challenge that was more than either of us thought I could achieve, and he was the first to congratulate me, telling me he always knew I could do it.

Jerry sang at my wedding…his clear tenor voice reminded us all, first and foremost, he was a talented performer who knew the joys and burdens of performance. He told us later it was the only time he felt stage fright himself…he said he stood up, looked out, and saw the church filled with friends…and for just a second he froze.

When my son visited Indiana University in anticipation of entering the IU School of Music as a masters’ student in trumpet performance, my dad insisted that he meet Jerry, and that Jerry take him on a tour of the music program at Merrillville High School. I love the thought of the two of them, talking and laughing, one about to embark on a career in music, one winding up his own career.

Jerry was so much more than what he taught us in class, in rehearsals, at performances.

I know my parents have found him in heaven and have ushered him into that special corner reserved for teachers.
Posted by Fourth Generation Teacher at 10:15 AM